The government has announced that the funeral of former Prime Minister Shinzo Abe will be held in the fall as a “state funeral” ,but the legal basis for the “state funeral” expired in 1947. The media all repeat that Shinzo Abe’s death is a lasphemy against democracy, but isn’t it Shinzo Abe himself who has blasphemed democracy,The criminal, Tetsuya Yamagami, states that he did not commit the crime against Abe’s political beliefs, but that he killed him with indignation against his mother, who was victimized by the fortune telling fraud because Abe was the advertising tower of the “Touitu Kyoukai”(Unification Church).

According to political scientist Kang Sang-jung, “Former Prime Minister Shinzo Abe continued to break away from the postwar regime during his lifetime. To that end, he was even hostile to the Constitution of Japan, denying democracy while advocating sharing of the values ​​of freedom and democracy, and forcing various constitutional destructions. The secret protection law, the permission to exercise the right of collective self-defense, the enforcement of the security legislation (war law) that enacted it, the enforcement of conspiracy charges, and the attempt of the prosecution’s top personnel intervention by amending the Public Prosecutor’s Office Law are endless. Furthermore, the issue of Moritomo Gakuen, the issue of establishing a new veterinary school at Kakei Gakuen, the privatization of national affairs seen in the “Sakura wo Miru Kai” issue, and the issue of funding 150 million yen in the election acquisition case of Mr. and Mrs. Kawai are still unclear. Left untouched. Also, on the issue of historical awareness, he beautified the past war of aggression, did not reflect on or apologize for colonial rule, stuck to the position of historical revisionism and historical revisionism, and brought obstacles to improving Japan-Korea relations. “It has said.

On the left side of the story, Shinzo Abe abandoned the Peace Constitution and set military spending called defense spending at 2% of GDP (the third largest in the world after the United States and China), trying to lead this country to a country where war is possible. board. The state funeral of a man with such ambitions should not be the same as making Hitler’s death a state funeral. Therefore, I strongly oppose Shinzo Abe’s state funeral, which has no legal basis. 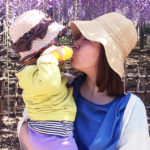